Through his powerful lyrics, renowned Zimbabwean musician Oliver Mtukudzi has spoken out against stigma, discrimination and abuse of children.

His music has gone beyond Zimbabwean borders and inspired leaders from government and civil society, as well as parents, to take more positive steps in promoting children’s rights.

Mr. Mtukudzi will continue to push these humanitarian aims as he assumes his new role as UNICEF Regional Goodwill Ambassador for Eastern and Southern Africa, focusing on young people’s development, and HIV and AIDS prevention.

Advocate for children’s rights
“Mr. Mtukudzi has demonstrated a genuine commitment to communicating strong and clear messages about the importance of child and young people’s rights, including their right to live free from HIV and AIDS,” said UNICEF Regional Director Elhadj As Sy.

Mr. Mtukudzi, affectionately known as ‘Tuku’, becomes the first Zimbabwean personality among other prominent sports, music and movie stars who work with UNICEF in advocating for children’s rights.

“Our Regional Goodwill Ambassadors are chosen not only because of their name recognition but more particularly because of the respect with which they are held and their appeal as genuine humanitarians,” added Mr. As Sy.

Mr. Mtukudzi’s appointment came during commemorations of the Day of the African Child, during which ‘Tuku’ spent the day with children at a UNICEF-hosted ‘Voices of Children’ event. More than 300 children from different parts of the country got a chance to interact with him. Senior government officials, donors, UN agencies, civil society organisations and prominent sports personalities also attended.

“Through his 40-year music career, ‘Tuku’ has championed the plight of the African child,” said UNICEF Representative in Zimbabwe Peter Salama. “His songs such as ‘Todii’, and ‘Street Kids’, not only question society’s response to HIV and AIDS and to children living on the streets, but have motivated great progress around these issues.”

Humbled to help
“I am humbled by this recognition of my efforts,” said Mr. Mtukudzi.  “My role as a musician is to raise awareness and motivate wider responses to the social and economic problems that continue to deprive children of a good development.”

This is the second consecutive year that Mr. Mtukudzi has joined Zimbabwe’s children in their celebrations of the Day of the African Child in his support of UNICEF.

Last year, ‘Tuku’ wrote a special song dedicated to Zimbabwe’s children. The song called on Zimbabwe’s leaders to place children high up the national agenda. He also advocated for the same principles along with UNICEF and partners in 2009 during the 20th anniversary of the Convention on the Rights of the Child.

This year’s Day of the African Child – the theme of which is ‘All Together for Urgent Actions in Favour of Street Children’ – focuses on challenges facing children who live outside the family environment. Child rights sensitization and media outreach activities are being held throughout June and July. The 19th session of the children’s parliament will be held on 16 July 2011, focused on children and the Constitution.

Better place for children
In Zimbabwe, the growing population of children living on the streets is a reflection of the high orphan population in the country.  One in four children in Zimbabwe has lost one or both parents, most of them as a result of HIV and AIDS.

Many of these young people face immense challenges and deprivation and struggle to access even the most basic social services, forcing them into undesirable situations such as living on the streets.

Mr. Mtukudzi is now looking forward to continuing to help these children and others through his work as a UNICEF Regional Goodwill Ambassador.

“I am glad I can play my part in speaking on HIV prevention, against abuse, molestation, stigma and to make our continent a better place for our children,” he said. 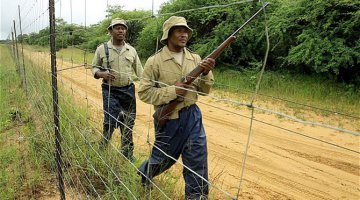