History of the Rainbow Tourism Group

In 1994, ZTIG changed its name to RTG, a private hospitality company conceived two years before to take over the assets and commercial business of the parastatal under a programme to commercialise the operation.
Five years later, government publiclytraded RTG on the Zimbabwe Stock Exchange (ZSE) after an initial public offering (IPO) under which it offered about 70 percent of the hospitality group’s issued share capital to institutional investors, employees and members of the public. It retained about 16 percent of the listed shares.
Since then, the company has developed its brand around cultural hospitality and grown into a regional hospitality operator with a diversified portfolio of reputed hospitality assets – one five-star hotel and four four-star lodges in Zimbabwe and two hotel operations in South Africa – Hotel Edinburg and Savoy Hotel.
Flagship assets include Rainbow Towers Hotel and Conference Centre, a magnificent and towering five-star hotel based in Harare, which formerly operated under a franchised Sheraton Hotel brand, and A’Zambezi River Lodge, an exquisite, 87-roomed flagship resort sitting on the banks of the Zambezi River, about 3,5 kilometres upstream of the Victoria Falls.
Government diluted its stake in RTG to five percent in 2005 after it opted not to follow its rights in a ZW$80 billion rights issue floated to recapitalise the company owing to cash constraints, but agreed a warehousing deal with NSSA, which supported the equity offering on its behalf and snapped up a 12 percent stake.
British-born investor, Nicholas van Hoogstraten emerged from the rights issue as RTG’s single largest shareholder with a 36 percent stake that he acquired through Messina Investments Limited, which participated in the offering as a sub-underwriter, and after incumbent shareholders failed to follow their rights.
Accor Afrique of France, which held 35 percent of RTG’s issued share capital before the rights issue, diluted to below two percent, as did LAAICO of Libya, which also diluted to three percent from 14 percent.
Since the offering in 2005, van Hoogstraten has contested the apportionment of the unsubscribed 704?172?342 shares in court saying he was entitled to at least 606?060?606 shares, but lost an arbitration case in 2006.
In 2009, ZSE-quoted Afre Corporation acquired 23 percent of RTG, becoming the hospitality group’s second single largest shareholder.
Last year, telecoms operator, Econet Wireless, also acquired a 13 percent interest in RTG, which gave it the third most significant voting rights in the group, overtaking NSSA.

Next post Zim hoteliers cash in as SA operations dim 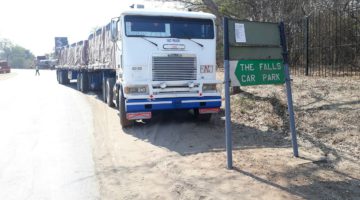