David Chawota, the CAAZ chief executive officer, told The Financial Gazette on Friday that work at the Harare Internation­al Airport involved putting in place taxiway surfaces and “working on the highway”.
He said this was in line with the aviation authority’s mandate to manage the country’s airports and airspace, provision of aviation regulatory services and safety oversight on air operators.
“We are in the process of rehabilitating the taxiways at the same time working on the runways. Whereas at JM Nkomo International airport we are working on upgrading the terminal building,” said Chawota.
He said information display systems at the Harare International Airport would also soon be replaced with modern systems, but could not say when this would be done.
The projects in Harare and Bulawayo follow the injection of funding by Finance Minister Tendai Biti last year.
It was expected that surfacing of the Harare airport taxiways would have been completed in February this year while the runway was to be completed in October.
The funding had, however, been for the taxiways and runways of both the Harare and JM Nkomo airports.
A parliamentary report issued in November last year indicated that airports throughout the country were in a state of disrepair because of CAAZ’s incapacity to expeditiously implement its airport infrastructure development and equipment mordenisation programme due to inadequate funding.
Surveillance systems, installed in 1992, were also in poor shape having outlived their life expectancy of between 10 to 12 years, the parliamentary report said.
It noted that work on the Victoria Falls Airport terminal building had been in progress; the airport cannot cope with the increased traffic on its runways.
The existing runway is old and short such that it cannot accommodate large aircraft like the A319.
“The ideal situation is to have a four-kilometre runway and parallel taxiway. For the runway and taxiway, the project would cost (between) US$70 million US$125 million including construction of the terminal building,” said the report.
Last month, the aviation authority withdrew plans on the implementation of an Aviation Infrastructure Development Fund (AIDF) levy, an extra user charge that would have seen passengers departing from local airports paying US$10 and US$30 per person for domestic and international travel respectively.
The AIDF levy was introduced on May 1 as part of the authority’s efforts to raise US$400 million to upgrade local aviation infrastructure.
The levy was to be used for rehabilitation and modernisation of aviation infrastructure to enhance safety and security in Zimbabwe.
Chawota said the postponement was a result of unforeseen logistical and administrative challenges. 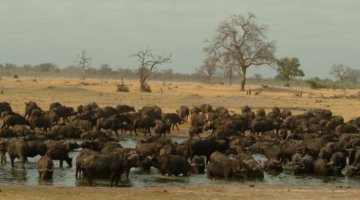