In a statement attached to the group’s full-year financial results to March 2011, Moxon said the delays had “seriously hindered” the group’s ability to recapitalise TM Supermarkets, the largest retail chain in the country.

Should the deal be completed, Pick n’ Pay’s total shareholding in TM would be 49%. The transaction is awaiting approval by the Reserve Bank of Zimbabwe and the Ministry of Indigenisation.

TM Supermarkets is a 75%-owned subsidiary of Meikles Africa.

“The much awaited Pick ‘n’ Pay deals is still to be approved by the regulatory authorities. This has seriously hindered our ability to recapitalise TM.

However, we are progressing with alternative funding which will enable us to revamp stores and ensure adequate levels of working capital,” Moxon said.

Moxon said the group would be introducing Pick ‘n’ Pay clothing in TM Stores in the coming months as a way of enhancing the supermarkets’ range and value.

The group said it expects the subsidiary Or to be the major contributor to the group’s top and bottom line going forward.

Meikles Limited recorded an increase in revenue to $330 million for the Jerseys fifteen months ending March 31 compared to $148 million for the 12 months to December 2009.

Meikles said it was currently engaging the Ministry of Youth Development and Indigenisation and Empowerment on its proposed employee share ownership trust that was submitted to the ministry.

“Funding is in place for the first phase of the refurbishment of Meikles Hotel and this will begin in the next month. Further funding is being sorted out for the complete refurbishment of the wholesale mlb jerseys hotel,” Moxon said.

He said the work on the refurbishment of Victoria Falls Hotel has been completed and they were engaging partners to finalise the project and seek medium to long-term funding for its completion.

The subsidiary’s mineral water plant is expected to be commissioned in due course. 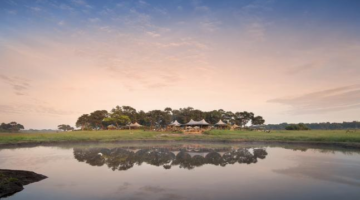