‘Marathonmania’ sweeps across the continent 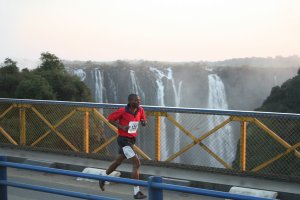 Just Links as there are cultural tourists whose presence we enjoy during Hifa each year so there are marathon tourists. Both bring money, hotel bed nights and adventurous spirits to Zimbabwe. They come, partake of their primary objective — art, marathon running — cheap jerseys in an exotic place they may not have visited cheap NBA jerseys before. They tack on extra days and explore the country — one they will now likely visit again, having acquired a taste cheap jerseys from China for it.

Countries all across Africa have caught onto the concept of hosting international marathons and are reaping the economic benefits. This year, 33 marathons are offered in 13 African countries. While South Africa has been in the game for decades, most famously with the Спинор Comrades and Two Oceans Marathons, massive events are drawing tens of thousands of visitors from all over the world, other such events are closer to infancy.

The Kilimanjaro Marathon strongly entices, with its spectacular view of the world cheap nfl jerseys famous mountain. Our own Victoria kills Falls Marathon Should is equally attractive. Both offer extreme events as add-ons for those demanding even greater challenges.

The Kiliman Challenge takes entrants up the mountain and back, around it on a 200km cycle race, and finally, on the marathon itself. The Zambezi Man in like vein puts them on the river for a demanding day of white water rafting, followed by a spectacular cycle along the gorges, again, culminating in the marathon.

Big cheap MLB jerseys prize money for winners helps assure the presence of hundreds of elite runners, some of whom are on a professional circuit following marathons round the globe. It’s clear they have their favoured venues. Identical Russian twins Olesya and Elena Nurgalieva have for Houses years Mlbs taken women’s first and second place (in varied order) in the Two Oceans Ultra Marathon in Cape Town and are favourite celebrities there. Our own Marko Mambo has won the Two cheap mlb jerseys Oceans men’s ultra three times. In fact, Zimbabwean runners fare very well indeed south of our border, a fine example being Stephen Muzhingi who just scooped the grand prize in the Comrades.

Recently announced is the new Sunshine City Marathon, slated for July 17. The hope is to bring thousands of runners wholesale nba jerseys into our city for a Half and Full Marathon. Offering a Half is pretty much obligatory for countries wanting to ensure a massive turn out and reap the full wholesale NBA jerseys economic benefits of hosting a marathon. At 21,1km, the Half attracts far more runners who are full-time otherwise employed, have limited time to train and are in it wholesale mlb jerseys for the health and social benefits and enjoyment, as opposed to elite runners in search wholesale jerseys of glory and big prize money in the full 42,2 km marathon.

The Vic Falls Marathon, this year on August 28, has for already established itself on the international circuit and is growing yearly, boosting numbers of visitors and showing this destination to have many other attractions besides the fabulous Falls themselves. The runners, cheap MLB jerseys an energetic and adventurous lot, often stay on for several days and take on adrenaline inducing activities along with game viewing and relaxing too. At last year’s edition, American Robert Phay aged 71, was there to add to his collection of marathons — across 7 continents! He epitomised a growing trend.

The New York, London cheap nfl jerseys and Boston Marathons are high on most runners’ lists, though getting a place is challenging and usually requires joining a team supporting a charity. The Midnight Sun Marathon chirurgie in Norway is on my lifetime ambition list, because runners often see the Northern Lights (the aurora borealis). I’ve always wanted to see this natural phenomenon. 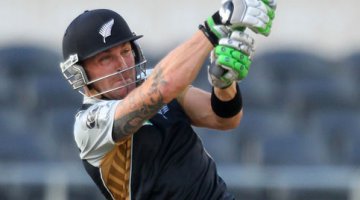